Salli Galvin is the epitome of resilience – of what it is like to be dealt a devastating blow only to bounce back even stronger.

She has spent much of her adult life guiding others to cope with the ups and downs of life; encouraging them to harness their own inner strength so they too can recover and thrive.

Have look at some of her videos:

Salli’s oasis is her equestrian centre, Jarrahdale, located on the stunning foothill of Perth’s Darling Range which she runs with husband Gerard. A home away from home for the couple and their four young sons, Jarrahdale Equestrian is the embodiment of the values Salli treasures: good nutrition, plenty of outdoor activity and mindfulness.

The tranquil setting and the calm demeanor of the Australian stock horses make Jarrahdale the ideal place to heal the mind and body by practicing mind-fitness: to grow a strong and healthy mind so we can get the best out of life.

People of all ages can benefit from mind-fitness: when life gets overwhelming, it can be profoundly beneficial to press pause, centre the mind and find balance. For parents, the best way to teach children to be mind-fit is to lead by example.

The Jarrahdale Mindfitness for Kids program is aimed at equipping children with the skills to be calm, focused and relaxed in order to build resilience, be happy and healthy. In addition, the Jarrahdale Nourish program promotes the importance of good nutrition.

Salli believes in the importance of raising awareness of mental health and well-being and taking action by educating others about the benefits of a strong and positive mind.

That is why she has been an enthusiastic supporter of Project Blue Tree: a movement started by volunteers at Jarrahdale who proudly painted a soaring tree brilliant blue, giving the otherwise dead gum a new lease of life in a bid to shine the spotlight on mental health and serve as a conversation starter for those impacted to share their stories.

The tree also serves as a vibrant reminder that the practice of mind-fitness – which positively boosts resilience and strength of mind – is also part of our mental health self-care.

Salli’s own road to resilience was carved at a young age with the sudden death of her father to suicide. The role of rebuilding was left to her mother Barbara who was determined to ensure Salli, who was just eight, and her three younger sisters, aged four, two and six months, would once again enjoy idyllic days on their family farm in Australia’s rural wheatbelt region.

Barbara’s strength in the face of adversity was a reminder to her young daughters that regardless of the challenges they would continue to face, they would be strong and kind. Also, that in life, it is not the struggles that will define you but how you choose to respond that will shape you.

Salli’s ethos – living life to the full with a balanced mind and soul – has been at the heart of her life achievements. She found success in the action packed sport of polocrosse where her achievements have been a source of inspiration to many. They include the honour of being named Australia’s youngest polocrosse representative and being the first woman to be awarded the enviable title of Best Western Australian player for 2017. Also, Salli’s selection to compete at the Australian Nationals Polocrosse Championships in 2018 alongside her sisters Suzette, Tracey and Elizabeth marked the first time in the sport’s history that siblings had competed at a national level at the same time.

It was during her travels overseas competing on the world stage that Salli met her now husband, Gerard. It was also around this time that she set her sights on guiding a new generation to reach their potential through mind-fitness.

A respected athlete and passionate mental health and well-being advocate, Salli’s sporting and personal achievements and her ability to overcome past struggles makes her an insightful speaker. She is available for speaking engagements by appointment. 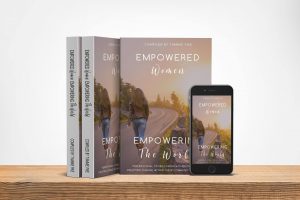 There was an error while trying to send your request. Please try again.